My own introduction to Ellie Goulding came through Forever 21. I worked at the exciting (read: chaotic) store for nearly two years, and grew to love its soundtrack of Eighties music, obscure remixes, and trendy new artists. In 2011 Ellie Goulding was one such trendy new artist, and I fell so in love with her ethereal voice and intriguing folktronica that I didn’t mind hearing “Lights” basically every day. Three years later, Ellie Goulding is more than just still relevant – she’s at the top of her game. With a new pop album that caters to a more mainstream audience, she is topping the charts and being photographed everywhere. Yet despite the constant attention, no one seems to catch Ellie Goulding on an off day. Her style ranges from grunge to chic to sexy, and she owns it. Defending the sexy element, she once said, “My management would never force me to do anything, because they know I’m strong-minded. I’ve never been an artist to say ‘Okay, I’ll wear that’, or ‘I’ll wear less’. I just don’t want to not make the most of my body.” As a wearer of short skirts and dresses myself, I find it insulting that any reporter would think wearing them is more likely to be a business decision than a personal one. But Goulding handled it with grace. Here are some of her best looks: 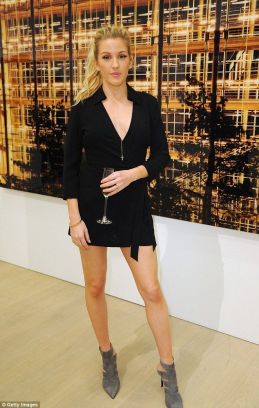 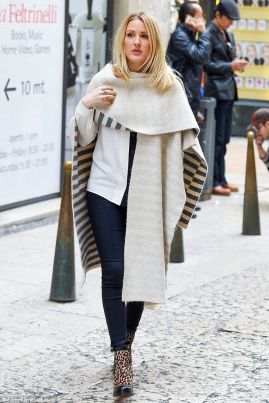