Admit it, the Grammy’s aren’t just about music, any more than the Oscars are only about movies or the SAG Awards are all about actors praising each other. A fashion current runs at the foreground of everything produced, performed and promoted in the entertainment industry and, the way I see it, of everything that people do. It’s hard to observe or analyze any person, group, or social gathering without taking fashion into account — and that’s what makes fashion so special. Here are some of the most stunning Grammy’s looks I’ve seen.

When someone puts this much work into an outfit, you list them first. Beyoncé was nominated for Best Rap/Sung Performance for “Family Feud”. Custom Nicolas Jebran gown and hat, Jimmy Choo shoes, custom Lorraine Schwartz jewelry, Alain Mikli sunglasses, and custom Judith Leiber minaudière. The look was inspired by the Black Panther movement. Said Jebran, “My favorite element was the bold, broad shoulders because they symbolize power.” 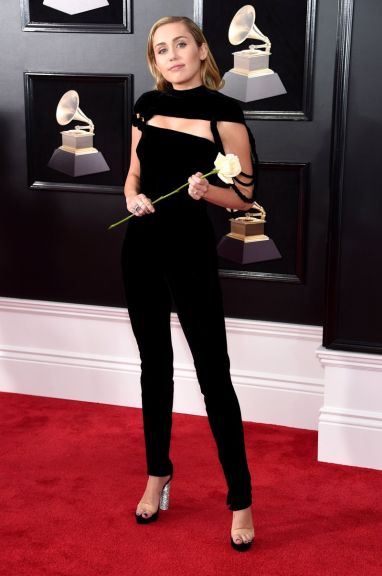 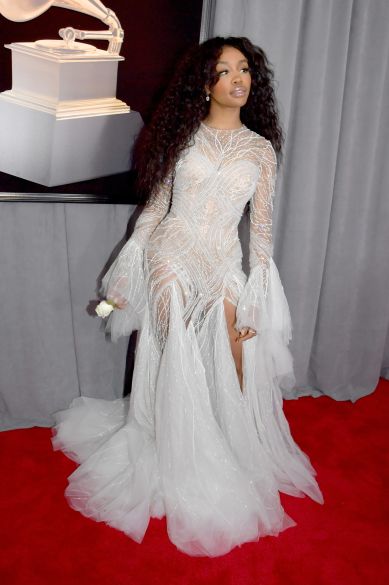 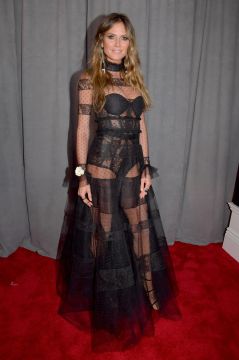 Chrissy Teigen in a Yanina Couture dress with Lorraine Schwartz jewelry. Eve in a Naeem Khan suit with Chopard jewelry.

MORE THAN JUST A DRESS

Kelly Clarkson was nominated for Best Pop Solo Performance for “Love So Soft”. Christian Siriano gown and shawl. Emmylou Harris in a Johnny Was dress and coat. 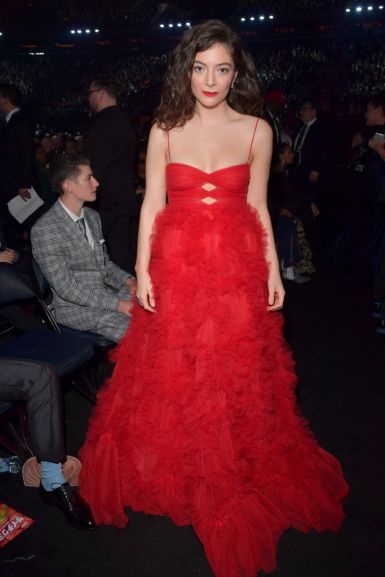 Camila Cabello performed “Praying” with Kesha. Vivienne Westwood gown, Bulgari jewelry and Judith Leiber purse. Lorde was nominated for Album of the Year for Melodrama, and should have won. She also should have been asked to perform instead of Elton John, because he’s been around forever and didn’t come out with anything new within the time frame for this year’s Grammy’s. Valentino gown and Kwiat jewelry. 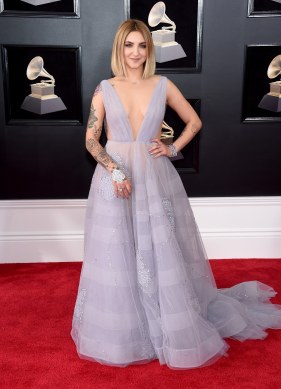 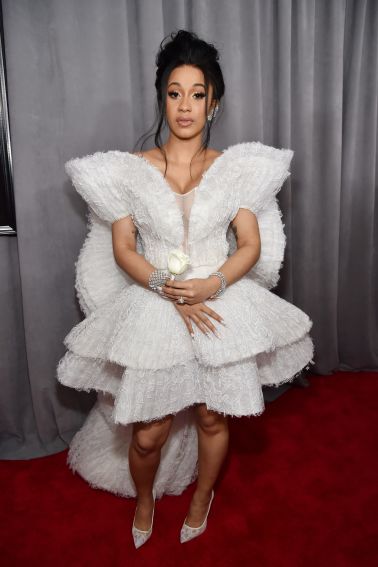 The best accessories were the white roses that both women and men wore or carried in solidarity with Time’s Up, the movement to stop sexual harassment. Lorde took it a step further by sewing an excerpt from Jenny Holzer’s Inflammatory Essays to her dress.

AND THE FASHION GRAMMY GOES TO…

View all posts by